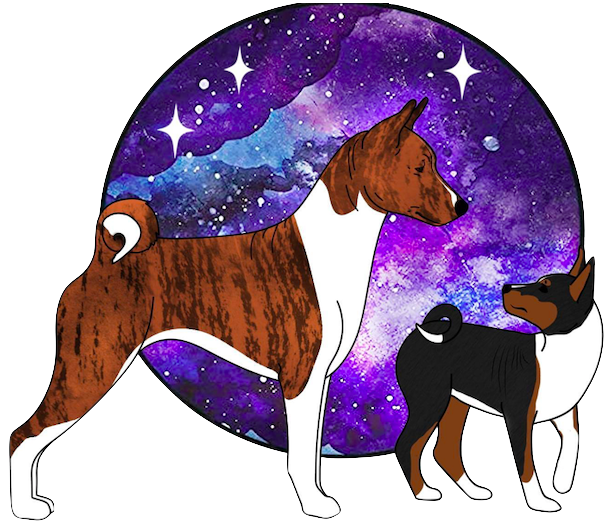 Missy was our very first Basenji. She was the one who created the love I now have for Basenjis. She was there for me through all the tears and heartaches, and the joys and happy times in my life. She “rescued” me and really has made me the person I am today. I remember when I first met her.  She belonged to my father’s friend and I always got to “go to work” with him. Well she did too (otherwise she would tear up the house LOL) ..but lets not get into that just yet. I first laid my eyes on her when i walked through the door that day. I dropped to my knees and said “OH MY GOSH. YOU ARE SO CUTE!!” She came running up to me and we played all day that day while the “guys” did their business. Every day I would go over to the job and play with her. Then one day when I was at home, my father got a phone call. It was her owner and he asked if we wanted to have her. Her name was “Taco” at the time. My dad said “hold on, ill ask. ….Whitney, do you want to have Taco?”  I jumped up and down, screamed like a crazy girl, and said “PLEASE PLEASE PLEASE PLEASE PLEASE!!!!!!” I just loved her and to be able to have my very own dog (we had family dogs but never did I have “MY” own dogg) So he said yes and we went and got her. Boy was that a fun time, she was a “little terrorist!” lol but boy did I love her. We instantly bonded and I just couldn’t get enough of her, even if she did do every naughty thing ever written in the book. She was everything you could have named. She was aggressive, possessive, territorial, she wouldn’t come when called, (which took a while but we did get over over all that!) ….but that’s not it. I remember she used to open the refrigerator by arching her paw and pulling towards her. “POP” and it would open right up. Then she would eat out anything she thought was “good enough” for her, including lunch meat, raw meat, cheese, etc. Then when she got through with that, she would go get into the garbage and shred the remains throughout the house. Coffee grounds, paper waste, thrown away food containers, you name it, it would travel out on our floor for “Yours Truly” to pick up after school. She didnt stop there though! No. Then she went on and would find something “important” to chew up and on and on she would destroy the house until we arrived home where she would be sleeping like an Angel…. We started putting the garbage into a lower “pull out” cupboards contraption, instead of leaving out in the bin, so that would stop her from getting into the garbage. Did it? Of course not! lol She just opened the cupboard NEXT to the garbage and went in and helped herself by reaching over the garbage and pulling it out through the next cupboard door. If you hadn’t guessed, Missy had separation anxiety. (Course going through 3 homes before coming to me probably didnt help!) She never liked to be alone and when I had school (and family had work) that was the option. So until we got smart and started crating her, she would reak havoc on our house. LOL but no, it didnt stop on the house. One time I remember in particular when I was in high school, Missy came with me to Walmart to pick up some things. (I always liked taking her to town with me and bonding. We lived on 12 acres at the time) Obviously I had intended for her to stay in the car. I had a soft top Geo Metro Tracker at the time. Well, I said “ok Missy, Ill be right back. Be good.” …Hah! …you know what she did? She watched me until I enter the building and once I disappeared, she ate through my soft top! Then she crawled out of the hole, went gallavanting up to the “automatic doors” and “helped herself” in trying to find out where “that darn mom went.” I hear over the loud speaker “if someone is missing a dog, please head towards the front door.” Which LUCKILY I was already, practically right there. I saw her right before I heard the speaker. I yelled “Missy” and she came bolting to me, tail wagging, happy as can be that her mission was “accomplished.” Silly Dog. But, that is what a Basenji is. A Big Silly Dog… and if you dont have a sense of humor, you shouldn’t own a Basenji. 😛  She meant the world to me then and she still means the world to me now.

Missy is still very much apart of our family, 12 years later. Missy was born Dec 13, 2000 and we celebrate her birthday every year there on. She is active in helping with the other dogs “putting them in place” when need be and teaching the youngsters what is proper behaviour.  She is such a wonderful old girl whom I have enjoyed every minute of my life with. She has given my life such meaning and has just brought out the better person in me. She has taught me so many values and amazing thing that you wouldn’t think a dog could teach you. But she amazes me with the things she does and the way she is and how life is always a game, even at 13.5 years old

When i first got Missy, she was quite the trouble maker; actually the main reason her previous owner gave her to us. 😛 …She would get into garbage, pee and poop in the house, not come when called (and was “outta there” when she got off the leash), she growled and attempted to bite us several times throughout the first year, especially when we tried to take something away from her. Then of course there was the already mentioned acts of opening the fridge and eating all the “goodies” she could find and getting into the garbage. Just being a real naughty dog. But, that is the Basenji, very devious in their ways. But she was not all bad. After a few life lessons, Missy really settled down and settled right in. She learned her place in “the pack” as a subordinate, not the alpha, and she became a loving member of the family.  When my son arrived in 2009, she welcomed him with open arms and even thought she needed to protect him. I’ll just come out and say it, She’s a damn good dog.

She was always such a motherly dog too. When she was younger she adopted so many animals, its hard to count them all! There were those 5 chicks that she believed were her babies. She even tried to let them nurse, and no one was going to tell her that chicks didnt drink from dogs, but she still tried. She would “clean” them and care for them. She even protected them from “the big bad wolf, our Siberian Husky.”  Then there was that time she adopted that kitten. They slept together all the time. I would call for the kitten to get its food “Here Kitttty kitttttty kittttty kitttttttty” Missy would come running, sit at my feet and wait for the kitten to come running for food. Then she would look at it, act as if she was going to chase and attack it, but then it would cuddle up to her and she would lick its face, making sure it was clean. In fact, she adopted a few kittens/cats within her younger years and practically did the same for all of them!  Then there was that time that she actually stole a litter of puppies from a rescued dog of mine. That poor momma was engorged with milk but she was not “allowed” be go around “her” puppies because they were “missy’s puppies.” We had to separate Missy finally so they would be able to eat and momma could relieve herself. The amazing thing is, Missy even started to produce milk for “her” puppies. What a miraculous thing the dog is. Then there was of course the time she adopted that baby calf. Boy, that was fun. She would lick its nose and follow it around. She would clean up after it, gross! but she loved her “babies.” After she got spayed, she settled down on taking in the “babies” but she still cared for babies if they didn’t have moms. And when my son was born, she fell in love with him and boy did those two act like to peas in a pod. She is so amazing with him. She is such an amazing dog in general. I love her with all of my heart and all of the times she shared her loyalty and devotion to me. Protecting me all those nights i was alone and being there for me when i needed that “shoulder to cry on.” I cannot imagine my life without her, even though I know ultimately that will be the result. But I do truly love her and I cherish her beyond the possibility of words to describe it. She is my life and she is my friend. And I will hold her dear until the day she departs my life and waits for me at the rainbow bridge. 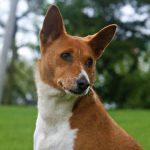 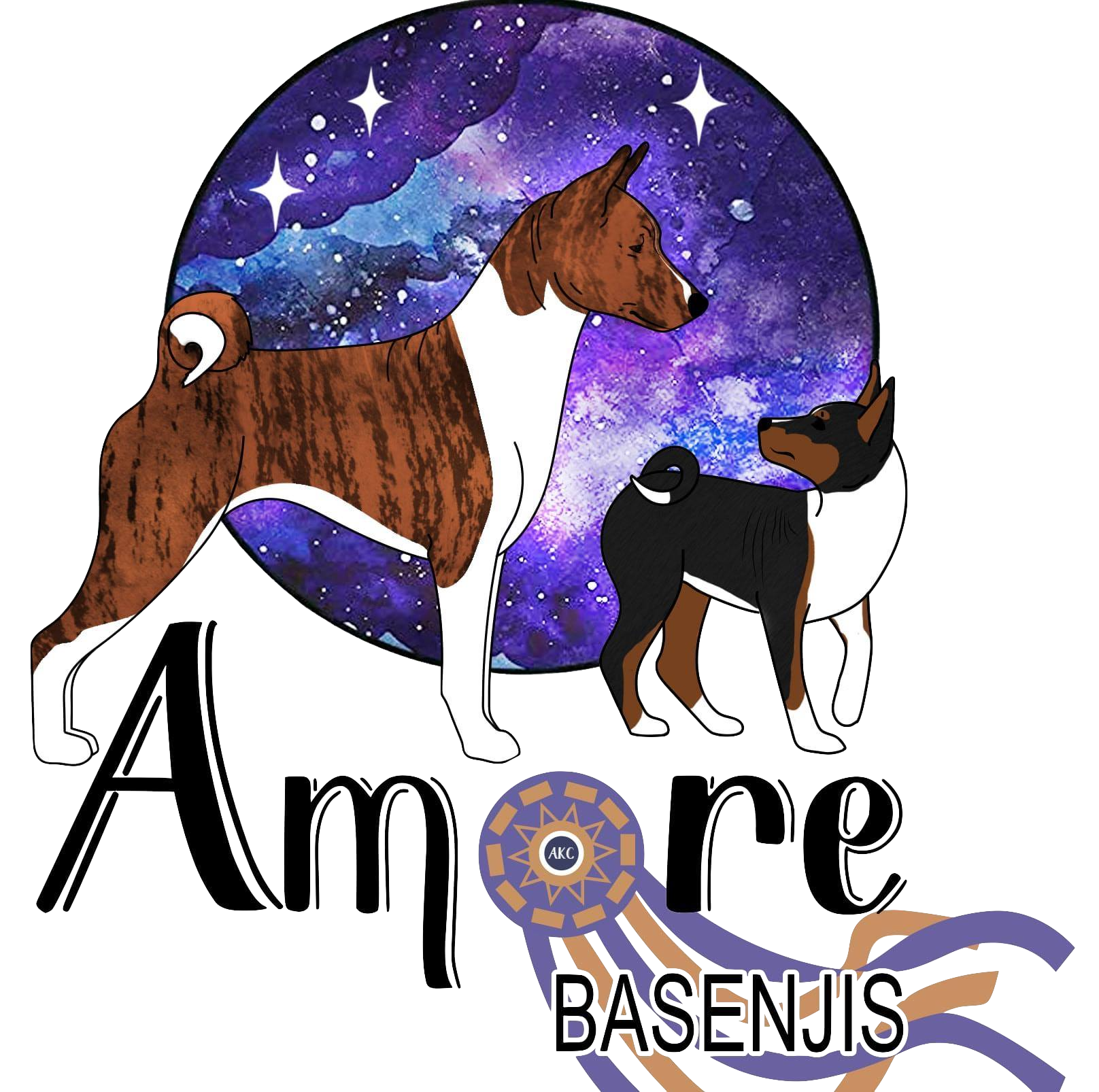